You are here: Home / Archives for China 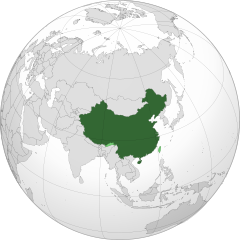 China, officially the People's Republic of China, is a country in East Asia and the world's most populous country, with a population of around 1.404 billion in 2017. Covering approximately 9,600,000 square kilometers (3,700,000 sq mi), it is the third or fourth largest country by total area. Governed by the Communist Party of China, the state exercises jurisdiction over 22 provinces, five autonomous regions, four direct-controlled municipalities (Beijing, Tianjin, Shanghai, and Chongqing), and the special administrative regions of Hong Kong and Macau.

Additional items for prayer can be found in these Prayercasts for China, Hong Kong, and Macau.

For the last twelve years, Zach and Carrie Brinegar have proclaimed the message of Jesus’ love to those who have never heard the gospel, first in Northern Asia. Now, with God’s direction, they are moving to Vienna, Austria to plant a church in a city whose population of 1.8 million people is 25% atheist and only 0.5% evangelical.

The most recent article on their website, Never Say Never, tells the story of how the Lord took a couple who never saw themselves as church planters and yet over time led them to believe that church planting is the most effective way of spreading the gospel — to the point that now they are obviously passionate about planting a church for Him among the unreached.