Frank and David have been friends, brothers in Christ, and ministry partners for over thirty-five years. It has been our dream for many years to write collaboratively and hesed.com is our online avenue to share articles, videos, audio, courses, books, etc. Our hope and prayer is that the content we share will encourage you and facilitate growth in your relationship with Christ. 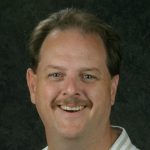 Frank Johnson
Frank is a 1985 graduate of Bethany College in Scotts Valley, California (B.S. Ministerial Studies) and a licensed minister with the Northern California and Nevada District Council of the Assemblies of God.

Before he was born, Frank’s grandmother (who he never met) prayed for years that her sons would be missionaries and would take the news of Jesus’ love to far off lands. While none of her sons became the answer to her prayers in this regard, Frank takes heart that he was in the loins of his father when she prayed, and he believes that through the mercies of Christ and at least partially through this website, he has the opportunity to be the fulfillment of that God-given desire in her heart.

Frank has been an internet strategist for over 19 years, applying principles of digital media strategy to spread the gospel. In addition, he is the author of 60 Days in 2 Corinthians: A BIble Study Journal, Find A Job Through A Temporary Service, “Bringing in the Outcast” (under pen name, John Norman) in Issue 43 (January 1, 1988) of Discipleship Journal, and numerous articles in the Santa Cruz Sentinel.

He resides in Northern California with his wife of 28 years, Bobbetta, and their 25-year-old daughter Emily. 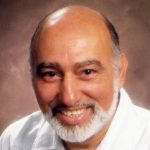 David Arzouni
David, also known as Faouzi, is a Lebanese-American, born and raised as a Shi’ite Muslim in Dakar, Senegal, West Africa. In the video below, David describes the circumstances surrounding his conversion to Christ.