You are here: Home / Archives for Costa Rica 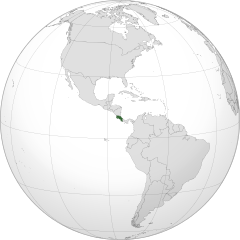 Costa Rica, officially the Republic of Costa Rica, is a country in Central America. Costa Rica is known for its long-standing and stable democracy, and for its highly educated workforce, most of whom speak English. The country spends roughly 6.9% of its budget (2016) on education, compared to a global average of 4.4%. Its economy, once heavily dependent on agriculture, has diversified to include sectors such as finance, corporate services for foreign companies, pharmaceuticals, and ecotourism.

Additional items for prayer can be found in this Prayercast for Costa Rica.