This website or its third-party tools use cookies which are necessary to its functioning and required to improve your experience. By clicking the consent button, you agree to allow the site to use, collect and/or store cookies.
Please click the consent button to view this website.
I accept
Deny cookies Go Back
You are here: Home / Archives for Ethiopia 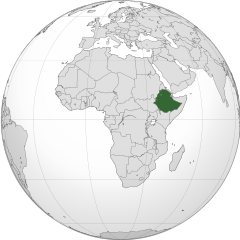 Ethiopia, officially the Federal Democratic Republic of Ethiopia, is a country in the northeastern part of Africa, known as the Horn of Africa. With over 102 million inhabitants, Ethiopia is the most populous landlocked country in the world and the second-most populous nation on the African continent with a total area of 1,100,000 square kilometres (420,000 sq mi).

Additional items for prayer can be found in this Prayercast for Ethiopia.

END_OF_DOCUMENT_TOKEN_TO_BE_REPLACED

WHERE HAVE WE BEEN? WHERE ARE WE NOW?

Terrorist attacks are still ongoing in Paris, France, as I write this… One CNN reporter says, “We cannot discern any iconic target in these attacks…” I am baffled at how the West is still slow in grasping the signs and symbolisms that characterize such attacks, or what jihadists are all about or what it is they’re targeting.