You are here: Home / Archives for France 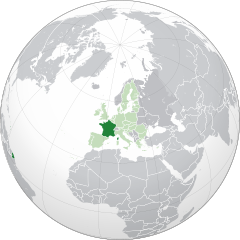 France, officially the French Republic, is a country whose territory consists of metropolitan France in Western Europe and several overseas regions and territories. The country's 18 integral regions (five of which are situated overseas) span a combined area of 643,801 square kilometres (248,573 sq mi) and a total population of 67.02 million (as of July 2019). France is a unitary semi-presidential republic with its capital in Paris, the country's largest city and main cultural and commercial center.

Additional items for prayer can be found in this Prayercast for France.