You are here: Home / Archives for India 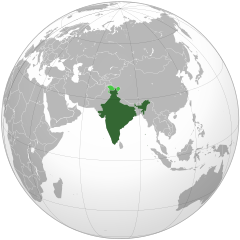 India, officially the Republic of India, is a country in South Asia. It is the seventh-largest country by area, the second-most populous country, and the most populous democracy in the world. It is a pluralistic, multilingual and multi-ethnic society. Despite economic growth during recent decades, India continues to face socio-economic challenges. In 2011, 21% of India's population lived below the World Bank's international poverty line.

Additional items for prayer can be found in this Prayercast for India.

END_OF_DOCUMENT_TOKEN_TO_BE_REPLACED

Rahil Patel spent six years in India — away from his home and family in London — undergoing intensive training to become a Hindu priest. Outwardly, he was a model student and priest. But inwardly, his heart was unsettled and restless.

END_OF_DOCUMENT_TOKEN_TO_BE_REPLACED

Baptist Press ran an article several years ago entitled Sikhs reached by contextualizing Gospel and described how it was difficult for the Jatt Sikh people of India to convert to Christ because they felt it meant giving up their culture.

END_OF_DOCUMENT_TOKEN_TO_BE_REPLACED

In an article published in The Guardian in August of 2015 entitled Jesus saved my mother, Nirpal Dhaliwal tells the fascinating story of how his mother — born into the monotheistic Sikh religion in the Punjab and yet combining her Sikh heritage with many of the religious practices of the polytheistic Hindu culture around her — converted to Christ and of his observations of the changes it has brought about in her life.