You are here: Home / Archives for Lebanon 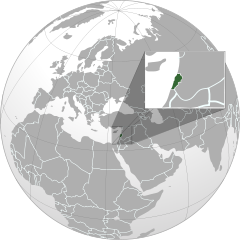 Lebanon, officially known as the Lebanese Republic, is an Arab country in Western Asia. Lebanon's location at the crossroads of the Mediterranean Basin and the Arabian hinterland facilitated its rich history and shaped a cultural identity of religious and ethnic diversity. At just 10,452 km2 (4,036 sq. mi.), it is the smallest recognized sovereign state on the mainland Asian continent. The population of Lebanon was estimated to be 6,006,668 in 2016; however, no official census has been conducted since 1932 due to the sensitive confessional political balance between Lebanon's various religious groups.

Additional items for prayer can be found in this Prayercast for Lebanon.