You are here: Home / Archives for Mongolia 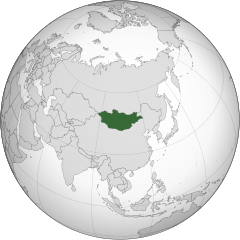 Additional items for prayer can be found in this Prayercast for Mongolia.

According to an article written by Jonny Grant and Patti Richter for The Gospel Coalition — Reaching Ireland for Christ — Again — only about 0.5 percent of the Republic of Ireland’s population is evangelical and it is the least evangelized country in Europe.