You are here: Home / Archives for Nepal 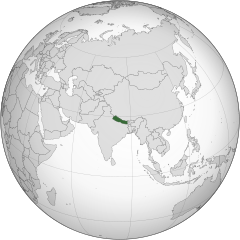 Nepal, officially the Federal Democratic Republic of Nepal, is a landlocked country in South Asia. With an estimated population of 26.4 million, it is 48th largest country by population and 93rd largest country by area. Nepal has a diverse geography, including fertile plains, subalpine forested hills, and eight of the world's ten tallest mountains, including Mount Everest, the highest point on Earth.

Additional items for prayer can be found in this Prayercast for Nepal.