You are here: Home / Archives for North Macedonia 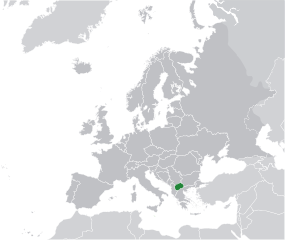 North Macedonia is a country in the Balkan Peninsula in Southeast Europe. It gained its independence in 1991 as one of the successor states of Yugoslavia. It has 2.06 million inhabitants, with a quarter of those living in the capital city of Skopje. The majority of the residents are ethnic Macedonians, a South Slavic people. Albanians form a significant minority at around 25%, followed by Turks, Romani, Serbs, Bosnians, and Aromanians.

Additional items for prayer can be found in this Prayercast for Macedonia.

The nation of North Macedonia is located in Southeastern Europe in the Balkan Peninsula. Known simply as “Macedonia” until 2019, it gained its independence in 1991 with the breakup of Yugoslavia. It is a picturesque, landlocked country and its geography is characterized by a central valley bordered by two mountainous areas.