You are here: Home / Archives for Uganda 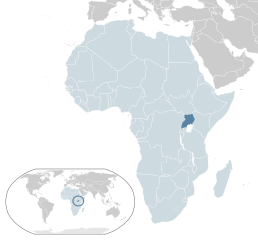 Uganda, officially the Republic of Uganda, is a country in East-Central Africa. The southern part of the country includes a substantial portion of Lake Victoria, shared with Kenya and Tanzania. Uganda is in the African Great Lakes region. Uganda also lies within the Nile basin, and has a varied but generally a modified equatorial climate. Uganda's population grew from 9.5 million people in 1969 to 34.9 million in 2014.

Additional items for prayer can be found in this Prayercast for Uganda.