You are here: Home / Buddhist World / Church Planting Along a Japanese Travel Corridor

While the Romans built and maintained this system of roads to allow their armies to move quickly throughout the empire and to facilitate trade, the apostles and their teams took advantage of that road system to spread the gospel rapidly, planting churches in the population centers that formed alongside those roads.

The church has a history of using travel-related infrastructure (to which population centers naturally gravitate) for the rapid dissemination of the good news of Jesus’ love and for the planting of churches.

The Tsukuba Express Line
On August 24, 2005, a Japanese railway line was opened between Akihabara Station in Chiyoda, Tokyo and Tsukuba Station in Tsukuba, Ibaraki. The trains travel the 58.3 km line at speeds up to 130 km/hour, dramatically decreasing travel time between Tokyo and Japan’s science city of Tsukuba.6 In 2015, the Tsukuba Express line carried 431,060 passengers per day.7 The technology is so sophisticated that no conductors are needed on the trains – there is only one driver for the entire line.8

The Tsukuba Express Line runs through the most densely populated area on Earth and an area where the world’s second largest unreached people group resides in great numbers.

Since the Tsukuba Express line serves commuters (between Tsukuba and the technology district of Akihabara) these stations along the line are natural population centers.

A Strategic Opportunity and an Audacious Vision
A highly-advanced system of travel with multiple “stations” that have grown into population centers. Sound familiar?

Just as the apostolic band made strategic use of the Roman system of roads, the Tsukuba Express line represents a strategic opportunity today. All that is required is a modern-day apostolic band — a group of believers sent to and raised up from within Japan to plant churches in these population centers, proclaim Jesus and His kingdom, disciple those who become Christ-followers, and train new believers to repeat this process.

Enter Assemblies of God missionaries Chris and Lindsey Carter, along with their children Wesley, Adelaide, and Hudson. Chris and Lindsey were both called to be missionaries at young ages — Lindsey at the age of seven and Chris at the age of seventeen. They met in college and married. They began their missions journey by living in Aberdeen Scotland, where Chris completed his Ph.D. in New Testament Studies at the University of Aberdeen. Subsequently, they were missionaries in the Philippines — at Asia Pacific Theological Seminary, teaching students from over 25 different nations.

While at Asia Pacific Theological Seminary, the Lord began to speak to Chris and Lindsey about Japan. During a trip to Osaka and Tokyo in May of 2009, the desperate need of the Japanese people became clear (less than one percent of the Japanese population is Christian and there are relatively few missionaries).

In 2014, Chris and Lindsey began pastoring Tsukuba International Christian Assembly (affectionately known as TICA), a vibrant bilingual congregation which had attracted multiple nationalities from Tsukuba, the “Science City” of Japan.

In this video, Chris and Lindsey describe how the church uses music, science, and the English language to draw Japanese people into the congregation.

Over the past few years, the international believers who are part of TICA have been mobilized to reach their non-Christian Japanese neighbors. Their efforts have been successful as now about one-quarter of the church is Japanese. Through the strategy employed by the church-planting team, unbelievers are immersed into Christian community, the love of God is revealed to them, and they begin to understand the purpose of Jesus’ mission on earth.

Although the church in Tsukuba is successful, God has given a larger vision. And Chris and Lindsey, along with their growing team of church planters, are committed to giving their lives for the fulfillment of this vision: twenty churches — one for each of the twenty railway stations along the Tsukuba Express line. Two hundred full-time missionaries — ten for each church plant.

Listen to Chris and Lindsey describe the vision God has given them:

With their commitment to this audacious plan, Chris and Lindsey have embraced the words of William Carey, the father of modern-day Protestant missions, who said, “Expect great things from God. Attempt great things for God.”

And now you and I have an opportunity to join the Carters’ team and be part of the great things they are attempting for God.

Here are seven ways you can be a part of Chris and Lindsey’s team:

In Multiplying Churches in Japanese Soil, John Mehn asks why the Japanese people have remained largely unreached and why the Japanese church has never managed to take root as a truly indigenous church — despite great effort toward that aim.

9 Master Blaster, “The 51 busiest train stations in the world – All but 6 located in Japan,” Japan Today, accessed September 5, 2020, https://japantoday.com/category/features/travel/the-51-busiest-train-stations-in-the-world-all-but-6-located-in-japan.

Before you read any articles, watch any videos, etc., we strongly encourage you to read our five pillar articles. These pillar articles provide the foundation for all of our content.

Let's Get Started
We would be thrilled if you would join us in our passion, be persuaded by our conviction, and embrace our vision!

Beyond Our Wildest Dreams
Deep in our hearts is a desire to come home to the love we were created for, to be reconciled to our Creator.

We Swear Allegiance
God has reconciled Himself to us. What does it mean for us to reconcile ourselves to God?

Our Hearts Aflame
Our hearts are aflame with the urgency to make Christ known because we have been granted stewardship of the message of reconciliation.

Reshaping Our Wineskins
How does effective strategy in outreach help us to be faithful in our stewardship of the message of reconciliation?

Join Us In Our Daily Declaration

This day, we cast our souls upon Your sacrifice as our only hope for purpose, meaning, and fulfillment here on earth and for life in the age to come.

This day, we swear allegiance to You, our King.

This day, we pray that You would set our hearts aflame for Your cause and for the over 2 billion people in this world who have yet to hear Your name.

We long for the day that we will stand before Your throne, surrounded by the most diverse community ever formed — from every tribe, every tongue, every people, and every nation — those whom You have purchased with Your blood — as we cry out together "Worthy is the Lamb!"

This day, we devote our lives — our time, our money, our passion, our mind, our strength, our everything — to see Your gospel proclaimed in every corner of this world.

And we thank You for the astounding privilege of playing a small part in carrying Your name to the nations! 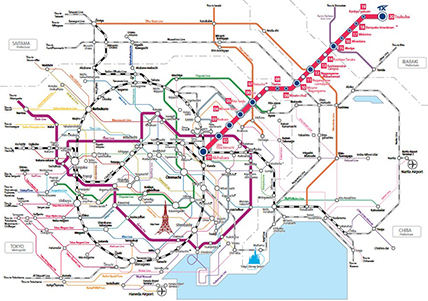 As you consider how the Lord would have you join missionary teams, please join us in our Daily Declaration!

This day, we cast our souls upon Your sacrifice as our only hope for purpose, meaning, and fulfillment here on earth and for life in the age to come.

This day, we swear allegiance to You, our King.

This day, we pray that You would set our hearts aflame for Your cause and for the over 2 billion people in this world who have yet to hear Your name.

We long for the day that we will stand before Your throne, surrounded by the most diverse community ever formed — from every tribe, every tongue, every people, and every nation — those whom You have purchased with Your blood — as we cry out together “Worthy is the Lamb!”

This day, we devote our lives — our time, our money, our passion, our mind, our strength, our everything — to see Your gospel proclaimed in ever corner of this world.

And we thank You for the astounding privilege of playing a small part in carrying Your name to the nations!