You are here: Home / Archives for David and Patti Thomas 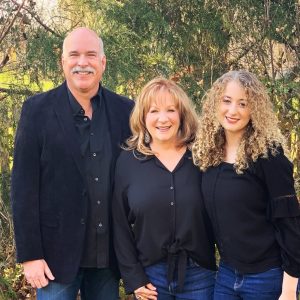 David and Patti Thomas have served as missionaries to Latin America for over 15 years as well as pastoring in Southern California and the Pacific Northwest of the United States. In addition, David has taught at the Assemblies of God Theological Seminary, Northwest University, Central Bible College, and Global University.

God has opened an incredible door of opportunity for them to return to the land of their calling and help resolve a crisis in ministerial formation and discipleship through David’s new role as the Dean of Ministry Formation of the Higher Institute for Pastoral Ministry in Guayaquil, Ecuador — the only accredited school of higher education for evangelical Christians in the country.

And you can support David and Patti financially by signing up to support them on a monthly basis or to contribute a one-time gift at their online giving page.

Photo courtesy of David and Patti Thomas. Used by permission (personal correspondence).
The evangelical church in the nation of Ecuador has experienced dramatic growth over the past 60 years. According to the book Operation World, Ecuador had the lowest percentage of evangelical believers in Latin America in 1960 — 17,000 believers. By 2010, that number had skyrocketed to 1.2 million Jesus followers! Today, between 8% and 11% of Ecuadorians are evangelicals (Operation World, Prayercast, and Joshua Project).

And yet, there is a crisis brewing in Ecuador. The country has experienced serious political upheaval, and this turmoil has complicated the church’s capacity to train the next generation of ministers.