You are here: Home / Archives for Mexico 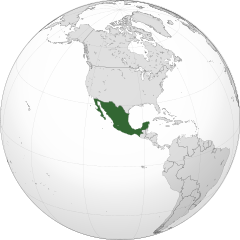 Mexico, officially the United Mexican States, is a country in the southern portion of North America. Covering almost 2,000,000 square kilometers (770,000 sq mi), the nation is the fourth largest country in the Americas by total area and the 13th largest independent state in the world. With an estimated population of over 129 million people, Mexico is the tenth most populous country and the most populous Spanish-speaking country in the world, while being the second most populous nation in Latin America after Brazil.

Additional items for prayer can be found in this Prayercast for Mexico.