You are here: Home / Archives for Moldova 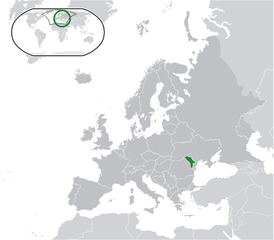 Moldova, officially the Republic of Moldova, is a landlocked country in Eastern Europe, bordered by Romania to the west and Ukraine to the north, east, and south. The capital city is Chișinău. According to the 2014 census preliminary data, 2,998,235 inhabitants lived in Moldova (within the areas controlled by the central government), an 11.3% decrease from the figure recorded at the 2004 census. The urbanization rate was 45% of the total population living in urban areas (as of 2015).

Additional items for prayer can be found in this Prayercast for Moldova.

In Japan, if you are lonely, you don’t have to be alone.

If you’re lonely, just call the company Nihon Kokasei Honbu and they will provide you with a son, a daughter, a grandchild, etc. — any type of relative you want. And someone will show up and pretend to be your family member.

Of course, you have to be able and willing to pay the hefty free — over $1,000 (plus transportation) for just three hours of your “family member’s” time.1