You are here: Home / Archives for Syria 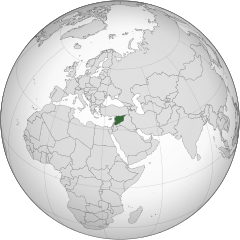 Syria, officially the Syrian Arab Republic, is a country in Western Asia, bordering Lebanon to the southwest, the Mediterranean Sea to the west, Turkey to the north, Iraq to the east, Jordan to the south, and Israel to the southwest. A country of fertile plains, high mountains, and deserts, Syria is home to diverse ethnic and religious groups, including Syrian Arabs, Greeks, Armenians, Assyrians, Kurds, Circassians, Mandeans, and Turkemens. Religious groups include Sunnis, Christians, Alawites, Druze, Isma'ilis, Mandeans, Shiites, Salafis, Yazidis, and Jews. Sunnis make up the largest religious group in Syria.

Additional items for prayer can be found in this Prayercast for Syria.