You are here: Home / Archives for Turkey 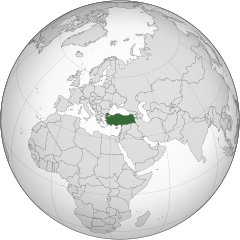 Turkey, officially the Republic of Turkey, is a transcontinental country located mainly on the Anatolian peninsula in Western Asia, with a small portion on the Balkan peninsula in Southeast Europe. Istanbul is the largest city while Ankara is the capital. Approximately 70 to 80 per cent of the country's citizens identify as Turkish. Kurds are the largest minority; the size of the Kurdish population is a subject of dispute with estimates placing the figure at anywhere from 12 to 25 percent of the population.

Additional items for prayer can be found in this Prayercast for Turkey.