This website or its third-party tools use cookies which are necessary to its functioning and required to improve your experience. By clicking the consent button, you agree to allow the site to use, collect and/or store cookies.
Please click the consent button to view this website.
I accept
Deny cookies Go Back
You are here: Home / Archives for Ukraine 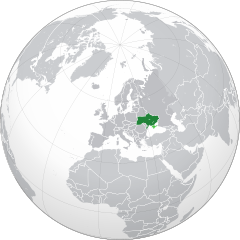 Ukraine, sometimes called the Ukraine, is a country in Eastern Europe. Excluding Crimea, Ukraine has a population of about 42 million, making it the 32nd most populous country in the world. Its capital and largest city is Kiev. The dominant religion in the country is Eastern Orthodoxy. Ukraine is currently in a territorial dispute with Russia over the Crimean Peninsula, which Russia annexed in 2014. Including Crimea, Ukraine has an area of 603,628 km2 (233,062 sq mi), making it the largest country entirely within Europe and the 46th largest country in the world.

Additional items for prayer can be found in this Prayercast for Ukraine.