You are here: Home / Archives for United Kingdom 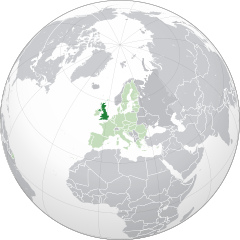 Additional items for prayer can be found in this Prayercast for the United Kingdom.

Rahil Patel spent six years in India — away from his home and family in London — undergoing intensive training to become a Hindu priest. Outwardly, he was a model student and priest. But inwardly, his heart was unsettled and restless.

END_OF_DOCUMENT_TOKEN_TO_BE_REPLACED

In an article published in The Guardian in August of 2015 entitled Jesus saved my mother, Nirpal Dhaliwal tells the fascinating story of how his mother — born into the monotheistic Sikh religion in the Punjab and yet combining her Sikh heritage with many of the religious practices of the polytheistic Hindu culture around her — converted to Christ and of his observations of the changes it has brought about in her life.

END_OF_DOCUMENT_TOKEN_TO_BE_REPLACED

According to the results of a survey of 1,896 people over the age of 65 in the United Kingdom: