You are here: Home / Archives for United States 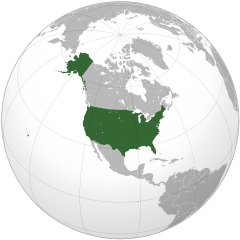 The United States of America (USA), commonly known as the United States (U.S. or US) or America, is a country comprising 50 states, a federal district, five major self-governing territories, and various possessions. At 3.8 million square miles (9.8 million km2), the United States is the world's third or fourth largest country by total area and is slightly smaller than the entire continent of Europe. With a population of over 327 million people, the U.S. is the third most populous country.

Additional items for prayer can be found in this Prayercast for the United States.

It is the conviction of President Obama that the interests of America and its allies are best served by engaging, rather than isolating controversial regimes and nations such as North Korea, Cuba, Burma, and, currently, Iran. Those who support him would say that his proposed deal with Iran is the only option that will avert war. Those who disagree would say that his proposed deal ultimately speeds Iran on the road to becoming a nuclear power.

The raging debate over the proposed deal with Iran misses or downplays historical and religious realities that I would like to put before you. I want to focus on what is not being discussed by the pundits (often because of “political correctness”):