You are here: Home / Archives for Myanmar 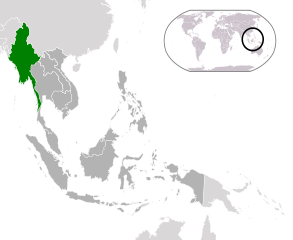 Myanmar, officially the Republic of the Union of Myanmar, and also known as Burma, is a country in Southeast Asia. Myanmar is bordered by India and Bangladesh to its west, Thailand and Laos to its east and China to its north and northeast. Myanmar is the largest of the mainland Southeast Asian states. As of 2017, the population is about 54 million.

Additional items for prayer can be found in this Prayercast for Myanmar.

In an article entitled Proclaiming the Glory of God among Buddhist Peoples, Justin Caudill — a missionary to the Buddhist peoples of Southeast Asia — shares six strategies for reaching Buddhists.